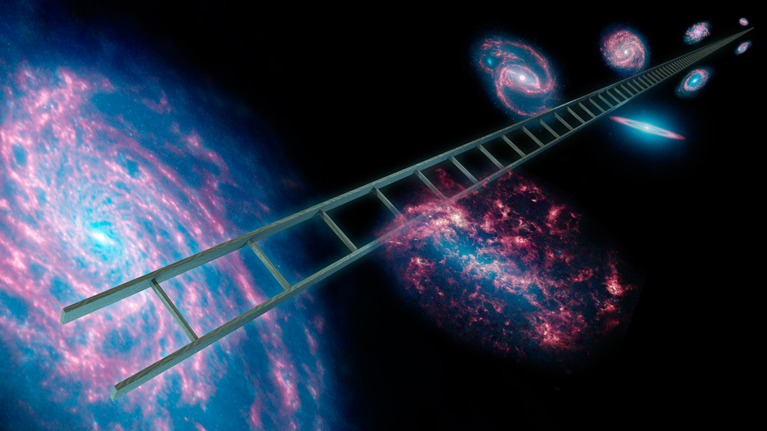 Carnegie @ PCC features a series of public lectures on current astronomical topics. These lectures are given by astronomers from the Carnegie Observatories.

All lectures are from 6:30 pm to 7:30 pm at Creveling Lounge (CC201). Lectures are free and geared toward the general public. Space is limited so please obtain free tickets through the Eventbrite links below each lecture.

Nearly 100 years ago, Carnegie astronomer Edwin Hubble made two truly revolutionary discoveries. First, that our Milky Way was only one of many galaxies in a vast universe; and second, that the farther these galaxies were from us, the faster they appeared to be moving away. The ratio between these speeds and distances, which we now call the Hubble Constant, is a fundamental quantity that sets the scale for the size and age of the entire cosmos. For decades, its precise value has been a source of contention among astronomers. Even today, with the most powerful telescopes at our disposal, tension between different groups remains. Dr. Burns will cover the history of Hubble’s troublesome Constant and how we are trying to pin it down.

The DNA of Galaxies

Like people, each of the billions of galaxies in the Universe has developed its own unique traits over a complicated lifetime. Until recently, astronomers have only been able to study galaxies closest to the Milky Way in any detail, leaving much of the Universe's history a mystery. Dr. Strom will show how astronomers are now using the world's largest telescopes to determine the chemical DNA of even very distant galaxies, and how this information is answering key questions about how galaxies like our own formed and evolved. 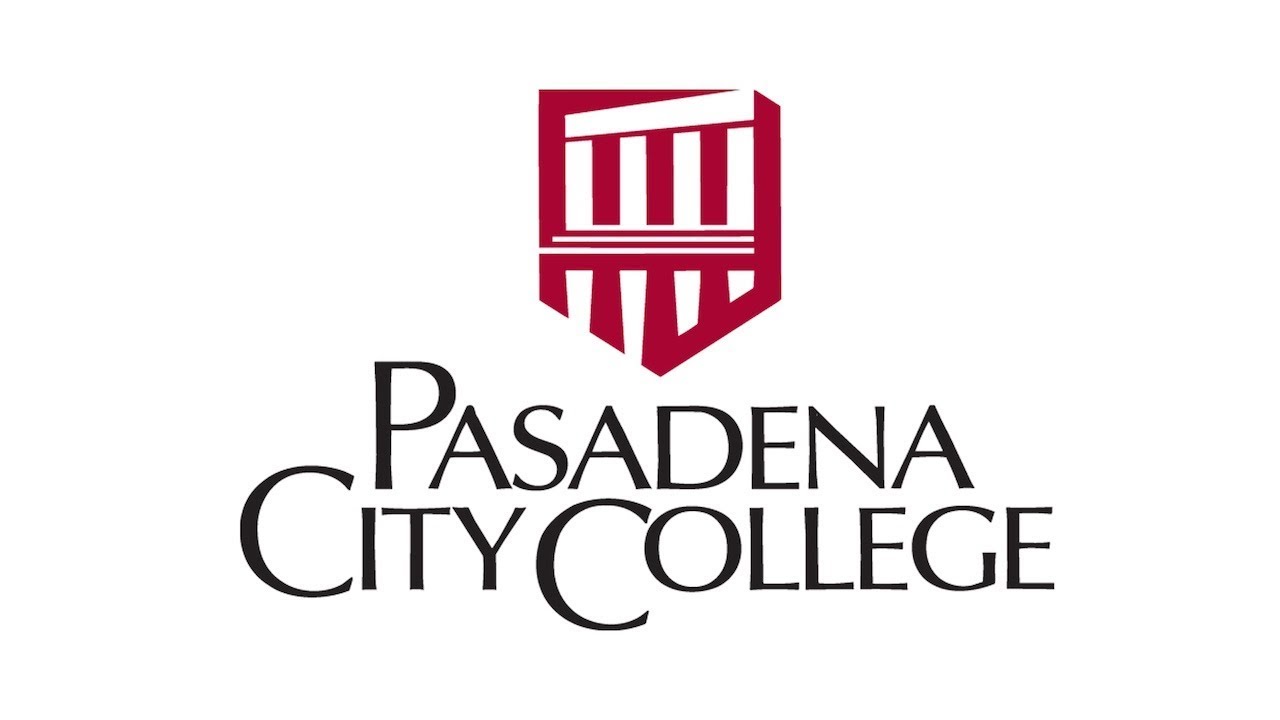 All the popular images of galaxies, while beautiful, do not provide the information that astronomers need to measure the galaxies’ inherent properties, like the dynamics and composition of their stars and gases. Using the latest technological advances, Dr. McGurk is building a new, custom-designed instrument for Carnegie Observatories' Magellan Telescopes that will peer into the Universe with extreme detail – making it possible to efficiently make 3D maps of galaxies, nebulae, and more. 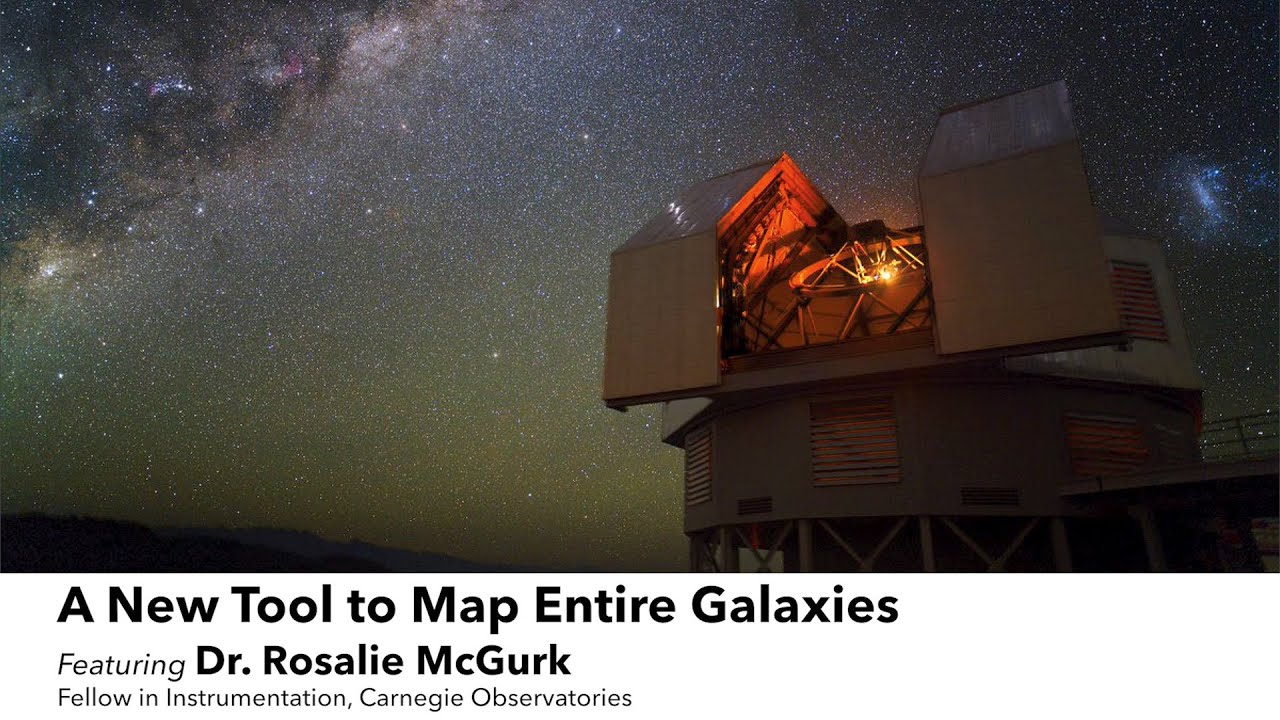 Glimpses of the Cosmic Dawn

Astronomers have mapped almost the entire history of our Universe, from the Big Bang to the present day. One last frontier remains: an epoch known as Cosmic Dawn, when the first stars and galaxies were born and changed the universe forever. Dr. Ji took us on a short tour of the early history of our Universe and the current glimpses we have of this era. 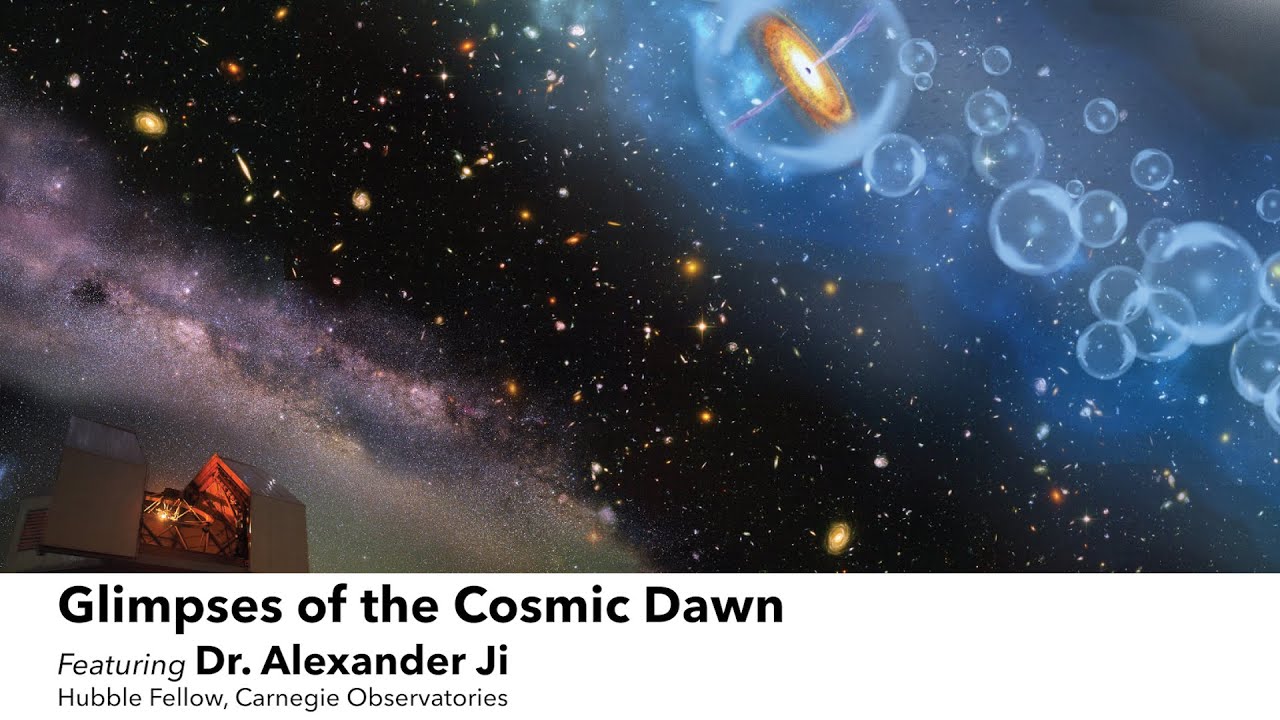 Carnegie @ PCC is sponsored by the Pasadena City College Division of Natural Sciences.