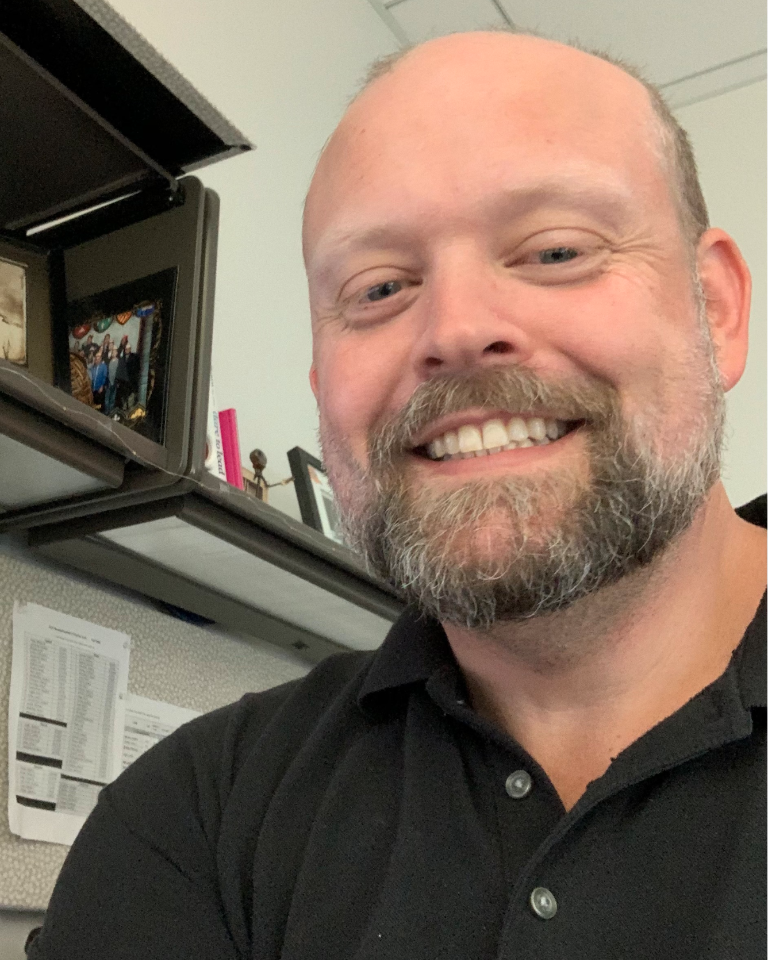 I have been a part of the Lancer Community full time since 2008. I’m a former Director of Forensics for PCC’s nationally recognized Speech & Debate team where I served and coached for 8 years. I also teach in our Performing and Communication Arts Division’s Theatre Department where I occasionally teach Beginning Acting (THRT 2a), Script Analysis (THRT 9), and various workshop and mainstage productions (TRT 28 & 29). I have had the pleasure of being the Speech Dept coordinator for 5 years prior to becoming the current Dept Chair of Speech, Theatre, and Dance. My passion in education has always been about exploring the relationship between art & literature with performance & communication. When I’m not nerding out over that I enjoy all types of human activities like hiking, camping, and the outdoors, movies and theatre, and cooking.

Community college changed my life. When I realized I wanted to be an educator more than I wanted to be a performer I also knew I wanted to put my passion back into the CC experience. My hope is that taking a course in our department will also help you find your passion as well. 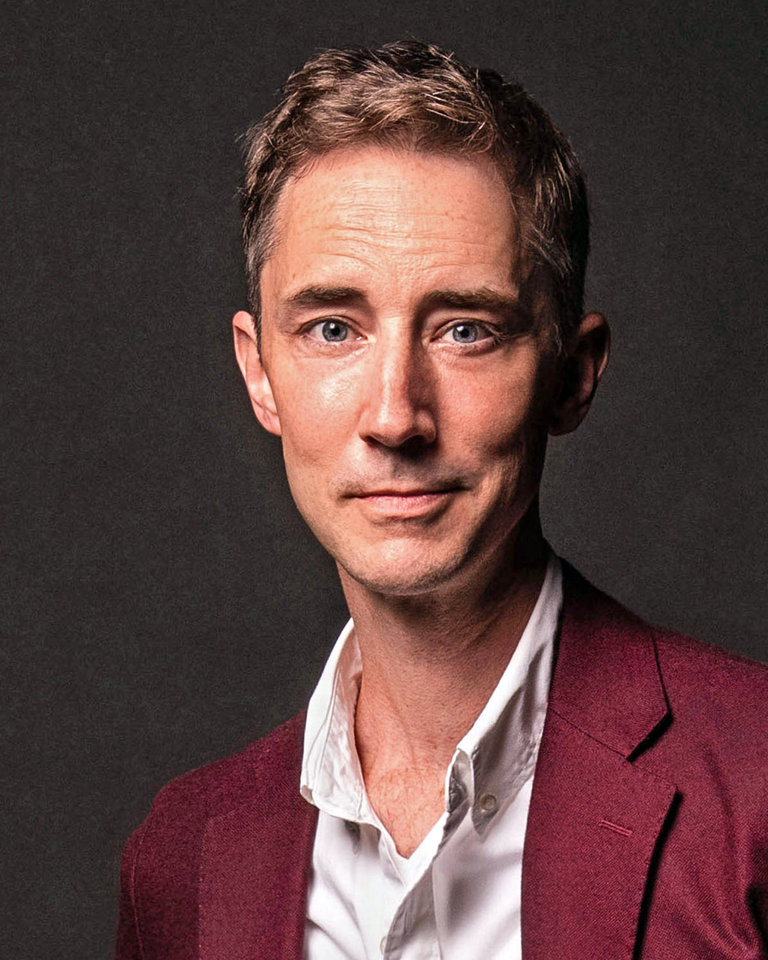 William Hickman (He/Him) is a director, fight director, and actor. He received his BFA in acting and directing from the University of Montevallo in 2004 and his MFA in acting from UCLA in 2013 and teaches Acting 1 and 2, and Voice and Movement for the Performer at PCC. He previously taught stage combat at AMDA Los Angeles, Star Prep Academy, and The Angeles Workshop School. William has directed 16 plays at PCC over the past six years. His productions include Metamorphoses, Middletown, Shush…it’s Library, Cabaret, Macbeth, Dorkface Rules the World, and She Kills Monsters. William has also choreographed fights for numerous college and professional productions including The Hamlet Project with Loose Cannon, The Armadillo Necktie with The Group Rep, Henry VI with NAU, and Midsummer, Romeo and Juliet, She Kills Monsters, and others at PCC.  William is a member of Actors Equity Association as well as an Advanced Actor Combatant with The Society of American Fight Directors.
https://williamrhickman.wixsite.com/will 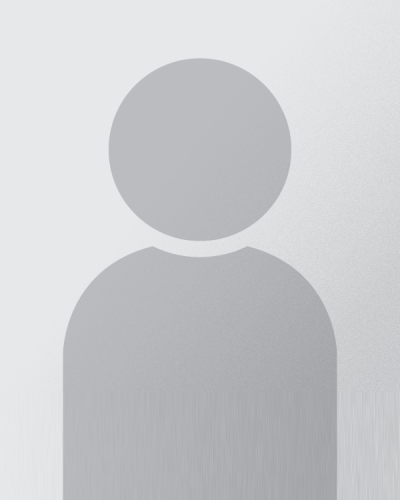 Eric Larson (Set Designer) is currently a faculty member of the Theatre Department at Pasadena City College, where he has taught full time for the last twenty years. He has designed extensively in Theatre, Film and Television, from Broadway to major awards shows and motion pictures. He is a member of the Academy of Television Arts and Sciences as well as The Art Director’s Guild (IATSE Local 800) and a former member of United Scenic Artists (IATSE 829). He is a lifelong resident of Southern California with over 400 plus productions to his credit in the Americas and Europe. He received his M.F.A. in Theatrical Design in 1995 from UCLA and his B.A. in Theatre, with an emphasis in design, from San Francisco State University in 1991. He received his A.A. in Liberal Arts from Santa Ana College in 1988. 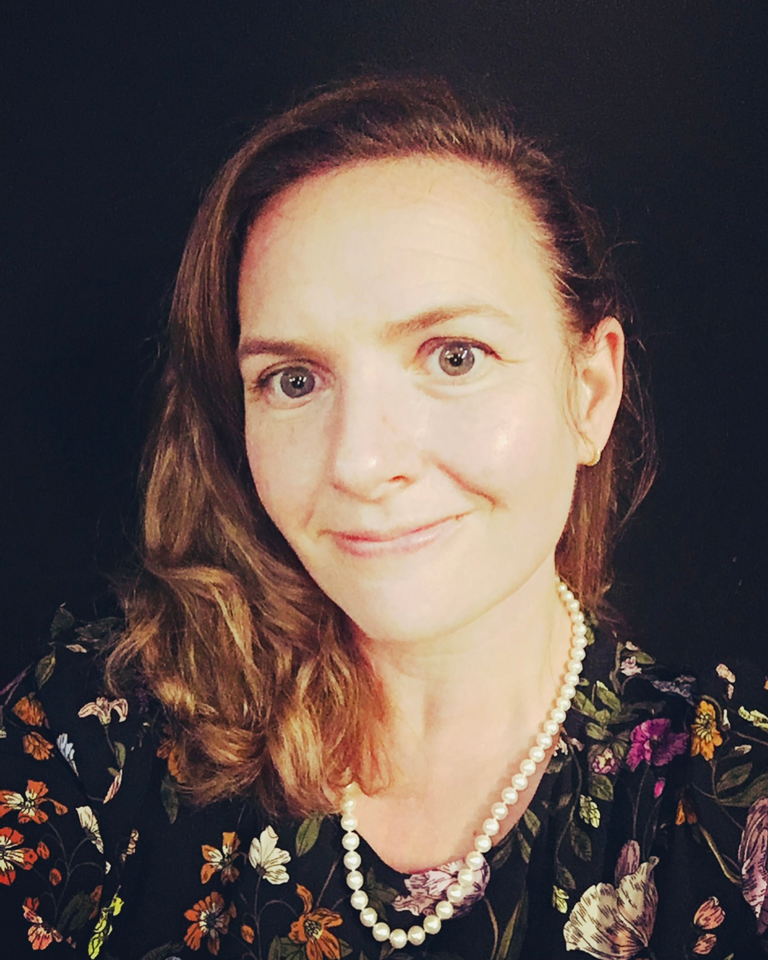 Dr. Katherine Nigh (She/Her) is a proud faculty member in the Theater Arts Department at PCC. She received her PhD in Theater and Performance of the Americas at Arizona State University and an MA in Performance Studies at New York University. Her artistic practice and research focus on theater as a tool for social change/justice. She brings an international perspective of theater making and has collaborated and trained with groups including El Teatro Campesino; Cornerstone Theater and Grupo Cultural Yuyachkani of Peru. She approaches her classes and the productions she directs with a decolonizing; feminist; queer and abolitionist perspective. At PCC she has had the honor of partnering with CORE (Community Overcoming Recidivism through Education), producing performances highlighting the experience of formerly incarcerated students and she plans to explore further collaborations with the diverse student body at PCC.  She loves the students at PCC and can’t wait to make more theater with them!! 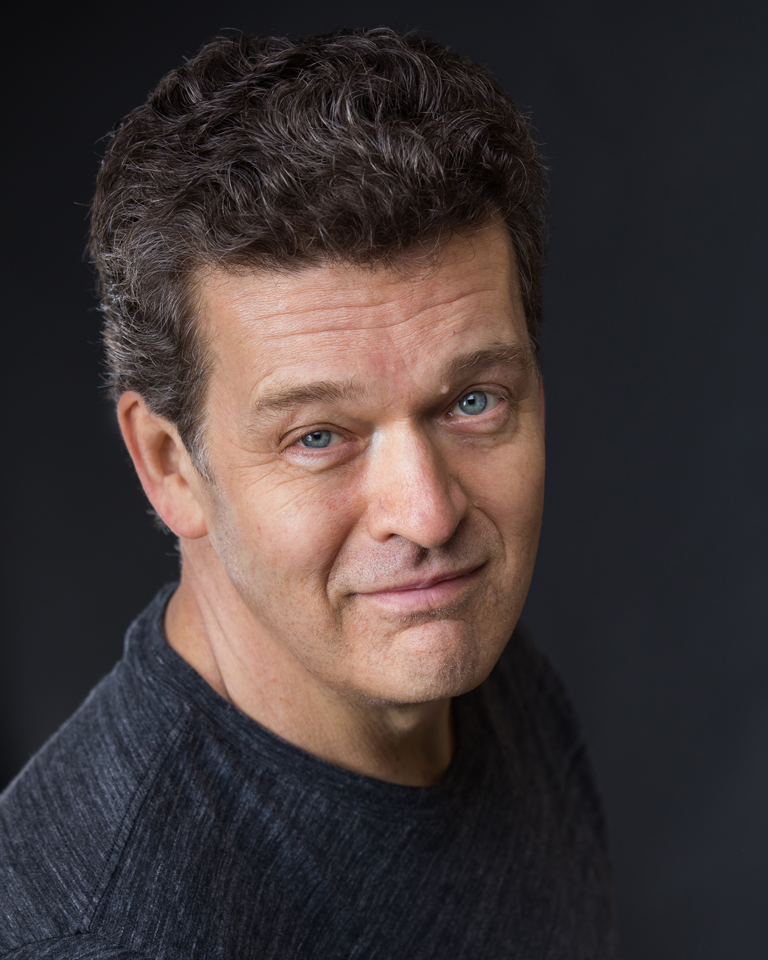 Will Ahrens
Read Bio Visit Link Read Bio Open Modal
Close Will Ahrens is not only a teacher at PCC, he is also a former student, playing many leads on PCC stages. He is proud of the department where he formed his love for theater. After PCC he transferred to USC’s renowned film program, earning his BA. This broad background has served him well over the years as he worked on stages throughout Los Angeles as actor, director, writer and producer. He brought that experience back to PCC as a guest artist with the Summer Sitcom program from 2000 to 2014. During that time, he earned his MA in theater and joined the faculty at PCC in 2005. He continues working with LA theater companies like NEO and LOFT Ensembles. He recently completed the first season of his web series, Theatre Tube, which can be seen on YouTube. He also has written an award-winning screenplay, Holding On, which is currently in development. 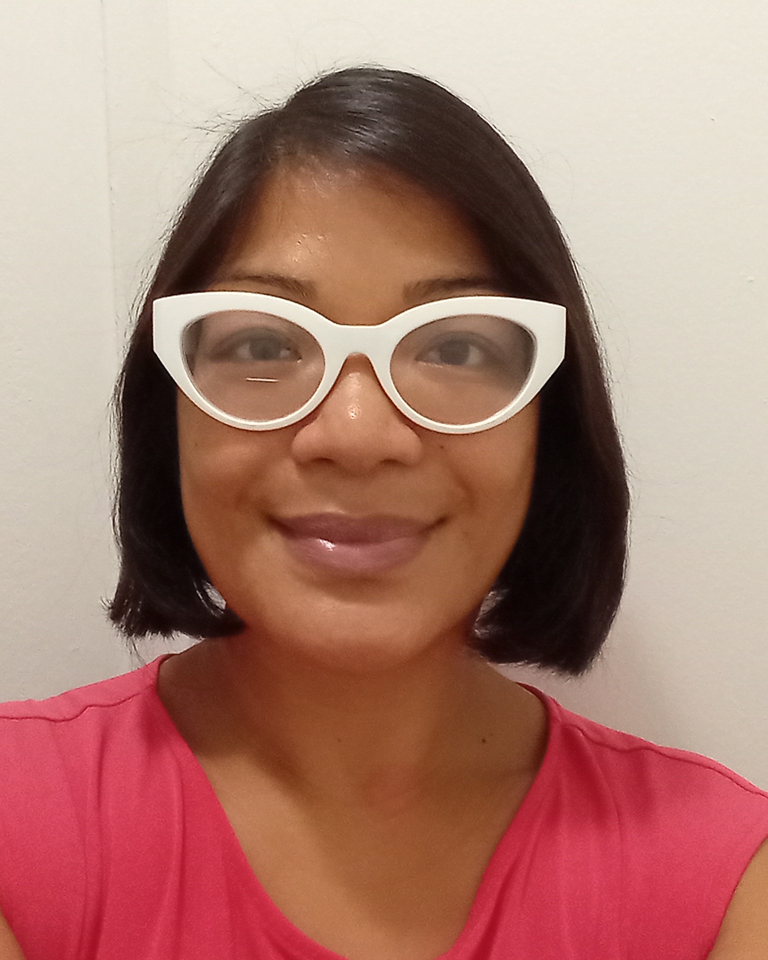 Lesley Asistio
Read Bio Visit Link Read Bio Open Modal
Close Lesley Asistio completed both her B.A. and M.A. in Theater Arts at Cal State L.A. She has worked on over 150 live theater productions as a playwright, an actor, a director, a solo performer, a house manager, and an independent producer. Her educational background includes tutoring, substitute teaching, working in Special Education, acting coaching, and serving in the preschool ministry. She currently works as an adjunct theater professor at Pasadena City College and Compton College. Her most recent stage credits include singing on the worship team for Crescenta Valley Church and sharing her testimony in any capacity that comes her way: recovery meetings (over 25 different churches across Southern California), fighting against abortion, raising money to help single parents, or advocating for people experiencing homelessness. However, the greatest role she has ever played is being the single mother of a beautiful, happy, and healthy 4-year-old girl. 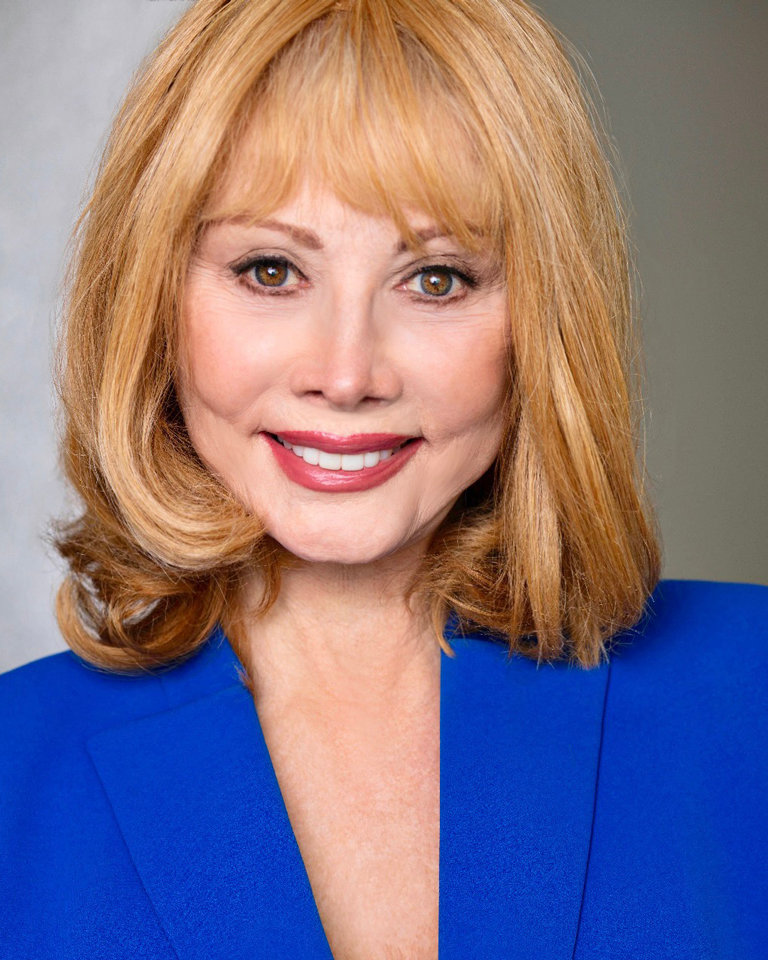 Suzanne Hunt-Jenner (she, her, hers), educator, actor, director. At PCC she has taught Beginning, Intermediate and Advanced Acting, Theatre History, Introduction to Theatre, Makeup for Stage and Screen. As a director at PCC she devised, When We Dream, inspired by the poetry of incarcerated youth, Nation of Immigrants, based on students personal stories, and the plays Three Sisters, Eurydice, The Laramie Project, The Great Gatsby. Suzanne has also taught at California State University, Northridge, American Academy of Dramatic Arts, and is a certified teacher in the Michael Chekhov Acting Technique. Professionally, Suzanne’s acting credits include over 100 appearances in network TV shows, soap operas, commercials and award-winning stage plays. She serves as an Artistic Coordinator at the Classical Theatre Lab, directing productions of The Romantics, The Last Days of Don Juan, and The Country Wife for the City of West Hollywood and she received several Scenie Awards for her direction of Finding Fossils at the Road Theatre where she is also a member. MFA, MA, SAG-AFTRA, AEA 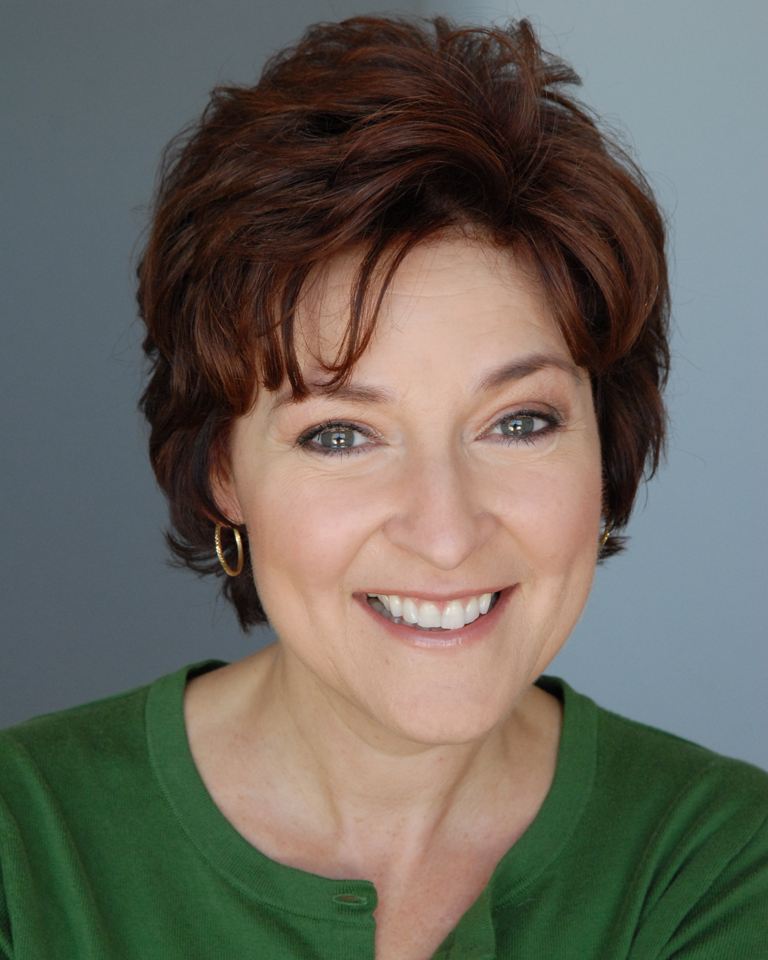 Sandra Massie, M.A., M.A., M.F.A. is a professor of voice, speech, dialects, and theater, and is a theater director. She has a postgraduate degree in classical acting from the London Academy of Music and Drama, an M.A. in theater from California State University L.A., an M.F.A. in acting and directing from California State University Long Beach, and an M.A. in drama therapy and clinical psychology from Antioch University. She has performed at Oregon Shakespeare Festival, Alabama Shakespeare Festival, various Off-Broadway productions, and in a one-woman show called Virtuosa Off-Broadway in NYC. Over the past 30 years she has taught voice, speech, dialects, theater history, introduction to theater, and acting at the American Academy of Dramatic Arts, Pasadena City College, Long Beach City College, and California State University Long Beach, as well as directed plays at these institutions. Her most recent production at Pasadena City College was You Can’t Take It With You. She currently teaches voice and theater classes at Pasadena City College and the American Academy and has a private practice in voice and dialects in Los Angeles coaching performers in film, television, and theater. She is also certified as a Level I practitioner in the Martin & De Haas Breathing Coordination technique. 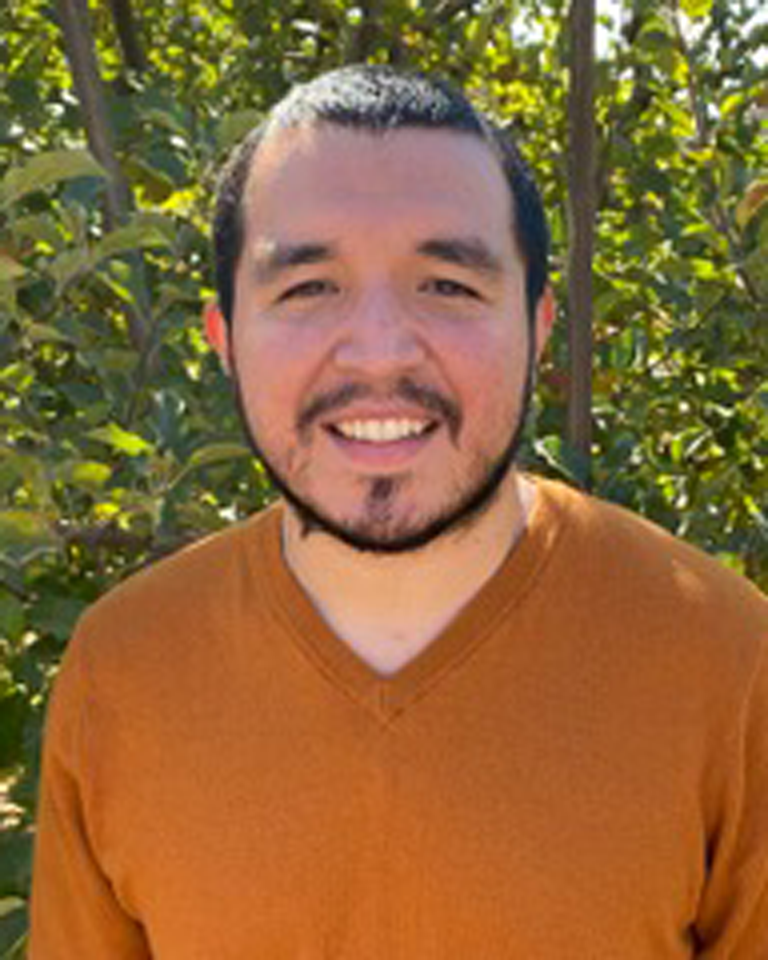 Martin Rodriguez
Read Bio Visit Link Read Bio Open Modal
Close Martin Rodriguez is a Los Angeles based arts educator and multi-disciplinary artist whose teaching & artistic philosophies are centered around Gandhi’s quote, “Be the change you wish to see in the world”. He is currently an Adjunct Theatre Professor for PCC and also teaches elementary theatre, is an arts integration salary point instructor for Los Angeles Unified School District and has worked with UCLA’s Visual & Performing Arts Education program. At PCC, he has directed “A Devising Fiasco” (Fall ’21) and “The Sparrow” (Summer ’22) and is looking forward to more project with our wonderful students at PCC. He also works with EdTA’s CAN program to help build a sustainable model of professional learning for arts educators to strengthen their pedagogy, instruction, and leadership skills in order to better serve students and is a Co-Founder of Flat Tire Theatre Company (@flattiretheatre) here in Los Angeles. Martin earned his Master's in Theatre Education from the University of Northern Colorado and his BFA in Theatre Studies from the University of Texas at Austin.
Contact the Performing and Communication Arts Division

Send us your concerns about your class