Our scholarships are awarded to returning students, those who have graduated from high school at least five years ago, and those who have had considerable difficulties in their personal lives.

These difficulties have often prevented them from continuing their education after high school. In writing your personal essay, make sure to emphasize what difficulties you have had, especially those that have prevented you from attending PCC (or another college) at an earlier time. And be sure to have someone proofread your essay before turning it in.

We're delighted that you have found our website and hope that you will help to contribute to the future of the students who are awarded scholarships from your Retirees Association. For the past several years, we have been awarding from eight to ten $1,000 scholarships a year to returning students who have faced many difficulties in continuing their education. Last year four of these were Veterans.  One of them is nursing student, Norma Alvarez. 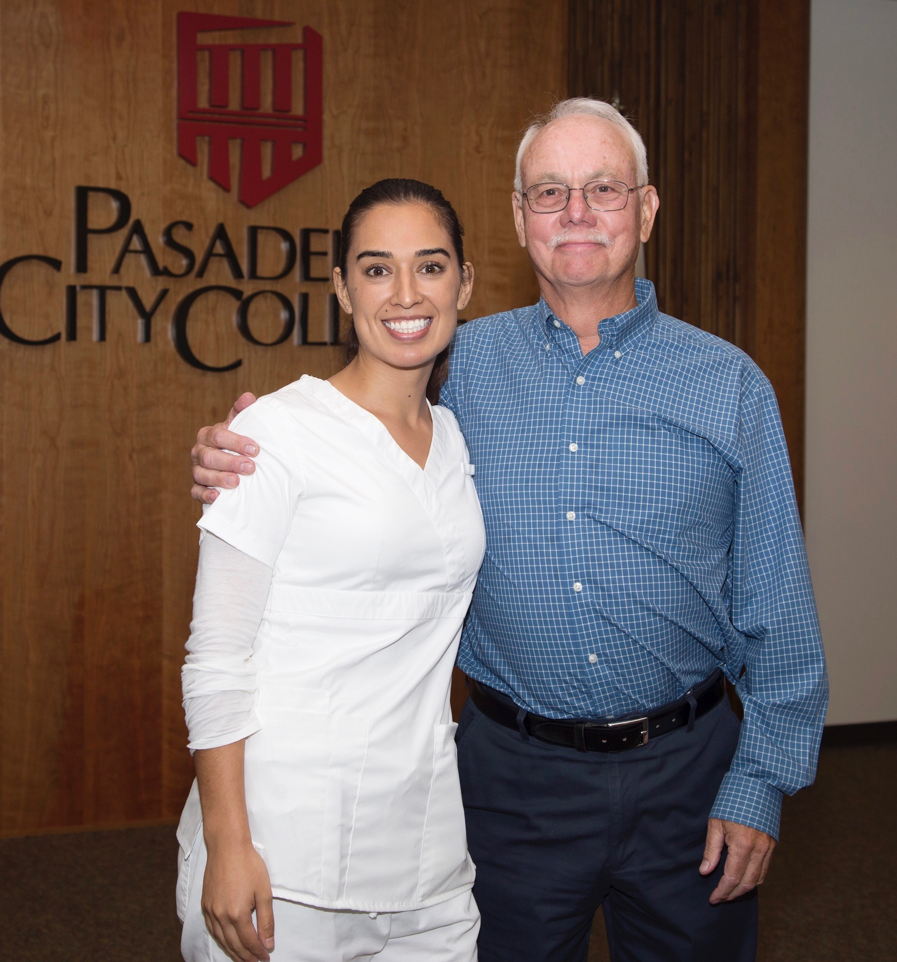 Norma grew up in a small town in Mexico, a place where "all the roads are dirt roads" and people rode horses to get where they wanted to go. She loved growing up in this small town surrounded by family and friends. But at seventeen, she realized that she needed more out of life. She moved to the U.S. to work and to get a higher education. She struggled to learn a new language and work two part-time jobs to pay rent and go to school. But she realized that she needed something else: she needed structure in her life and she wanted to be part of something bigger. So, at age 20, she joined the U.S. Air Force and ended up serving six years in the service, part of the time in Afghanistan.

It was in Afghanistan that Norma experienced an epiphany. One night, while serving as a member of the security forces, she was thrust into an emergency situation. She had to provide protection for three soldiers who were seriously wounded. She felt helpless in being unable to provide any medical assistance to the soldiers. She watched with admiration as the doctors and nurses sprang into action to care for the wounded soldiers. It was that experience that motivated her to become a nurse.

And that is what she has done at PCC. She graduated last year at the head of her class and helped organize the graduation activates for her class. Her inspiration in life, she says, is to be "compassionate, kind, and dedicated" and to someday be "an inspiration to any person struggling to strive for a higher level of education." She was one of four veterans to whom we awarded scholarships. Their stories are also compelling.

At our awards luncheon last May, Norma spoke about how the nursing division had enabled her to become part of something bigger and helped her fulfill the goal that she set for herself in Afghanistan. She is now enrolled in a Bachelor of Science program for nurses at Cal State LA and will receive her degree this coming May.

Like Norma, you can be part of something bigger by helping students like Norma fulfill their goals by contributing to our Retirees' Scholarship Fund. Any amount helps, but for those who are able, please consider "adopting" a student by donating a $1,000 to our Retirees' Scholarship Fund. Donating funds from your IRA is an excellent way of taking part of your annual required distribution and avoiding paying taxes on the amount contributed.

Those who "adopt" a student will be invited to our scholarship luncheon where you will sit with your adopted student and introduce him/her to other donors and our Retirees' board.

To contribute you can send a check to the PCC Foundation at 1570 East Colorado Blvd., Pasadena 91106. Or you can contribute on-line at give.pasadena.edu. Select the amount you want to donate then designate PCC Retirees Association Scholarship Fund. Or you can phone the Foundation office at (626) 585-7065 to contribute using your credit card. You can arrange for payments to be made over time.

Many thanks for your generosity, 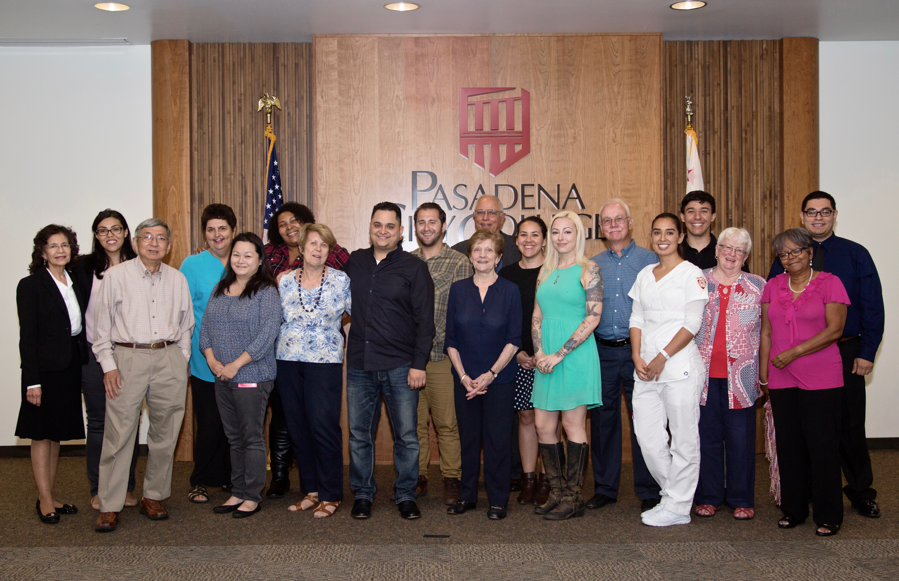 2017 ScholarshipRecipients and Members of the Retirees Board