A complete list of our faculty and staff can be found on the Faculty and Staff directory. 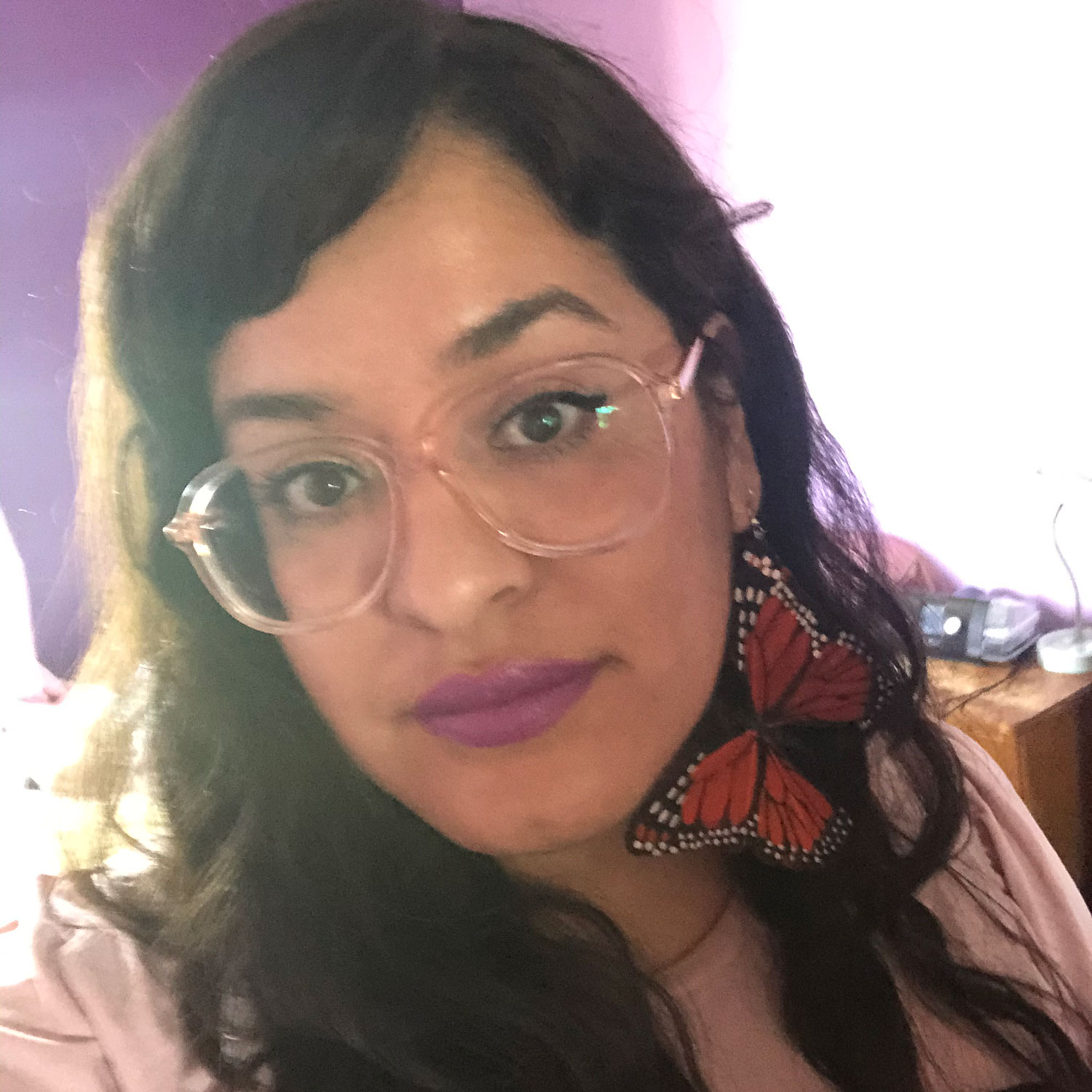 Instructor Carolina Espinoza is originally from Morelia, Michoacán, Mexico and completed her degree of Master of Arts in English with an emphasis in American Literature from California State University of Long Beach. Professor Espinoza holds a bachelor’s degree in Chicano and Latino Studies and English Education also from CSULB. She has taught at various schools, such as Fullerton, Cerritos and Campton Community College, and now serves as a full time English instructor at Pasadena City College. She focuses her current efforts in work that aims to open doors for first generation college students at her institution, such as in her mentoring role for the Puente Program, Puente Club, and teaching the first-year seminar, College 1. Her contributions extend to the Institutional Effectiveness Committee that offers campus wide continual improvement regarding programs and degrees offered at PCC. Her teaching practice is rooted in research based on Critical Race Theory with an interest in social-action education. Currently she is studying ways to transform her classroom into a place that makes Whiteness visible in order to empower students. 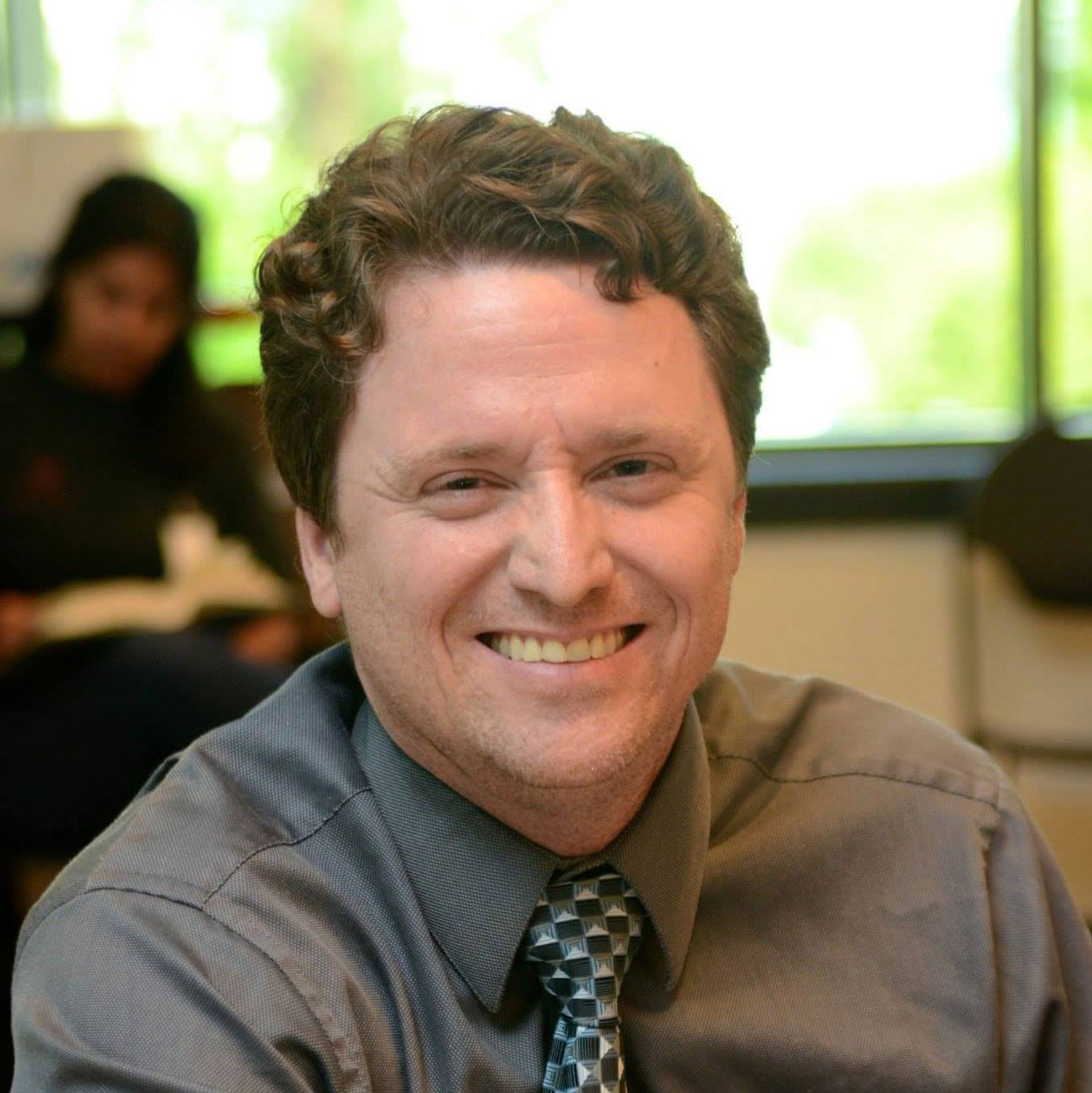 Originally from San Francisco, Dr. Dustin A. Hanvey graduated from UCLA with a BA in English in 1995, then UCR with a PhD in 2003. He teaches a range of classes at PCC from a freedom writing themed English 1A/ 1AH to a comics/ graphic novel themed English 1C/ 1CH. His literature classes include British and American survey courses, the novel, Sci-Fi & Fantasy Lit, and Utopian/ Dystopian Literature. Every Spring, he and his students travel to Washington DC as part of the DC Dream program, now in its seventh year. His interests include his family of three kids, travel across the USA and world, music, and literature/ writing. 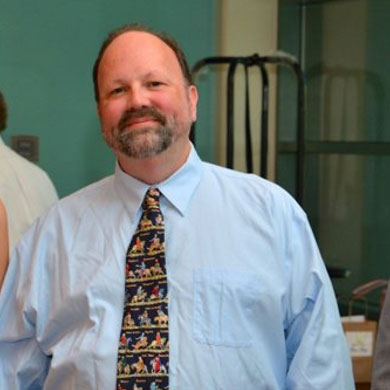 Dr. Tim Melnarik graduated from UC Riverside and then completed his Master’s degree at USC and his doctoral degree at Claremont Graduate University.  His training and background is in medieval British literature (and interdisciplinary medieval studies).  His classes focus on themes and topics such as Disney, mythology, superheroes, monsters/horror. Also, he is a fan of Halloween and backpacking. 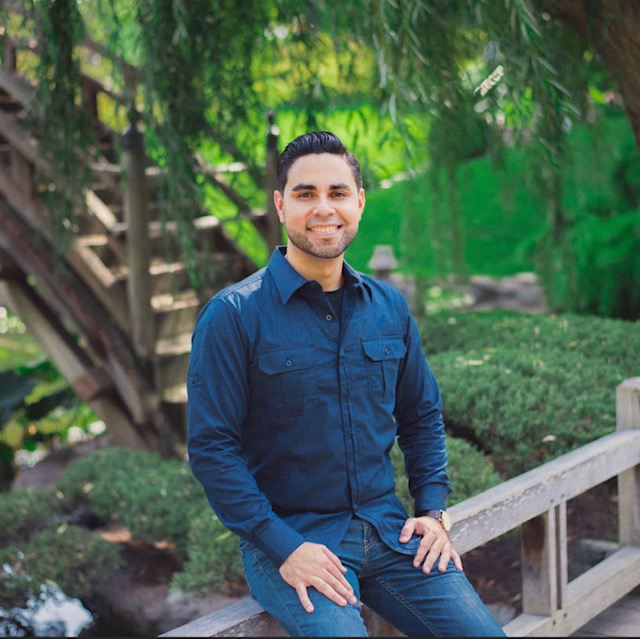 Juan Mendoza graduated with an Associate of Arts degree from Pasadena City College and went on to earn his B.A. and M.A. in English from California State University, Los Angeles. He has been teaching at PCC since 2015. His academic interests include learning about the rhetoric in both the humanities and scientific discourse communities. Currently, Juan enjoys teaching and researching the Literature of the Bible, through its ancient near eastern and ancient Greek and Roman literary contexts. When teaching critical thinking, he explores Plato’s theme of eros with the help of various literary theories. Given his wide range of interests in several discourse communities, Juan teaches his students how best to communicate and navigate various social spheres.

Juan is a husband to his incredibly gifted, entrepreneur wife, Nova, from whom he has learned about the rhetoric of business and financial literacy and a father to his daughters Sky Ella and Brielle Helene. Together, him and his wife invest in real estate and have an insatiable curiosity about the housing market. As a lifelong learner who is passionate about setting and meeting goals, Juan often believes “in six impossible things before breakfast.” 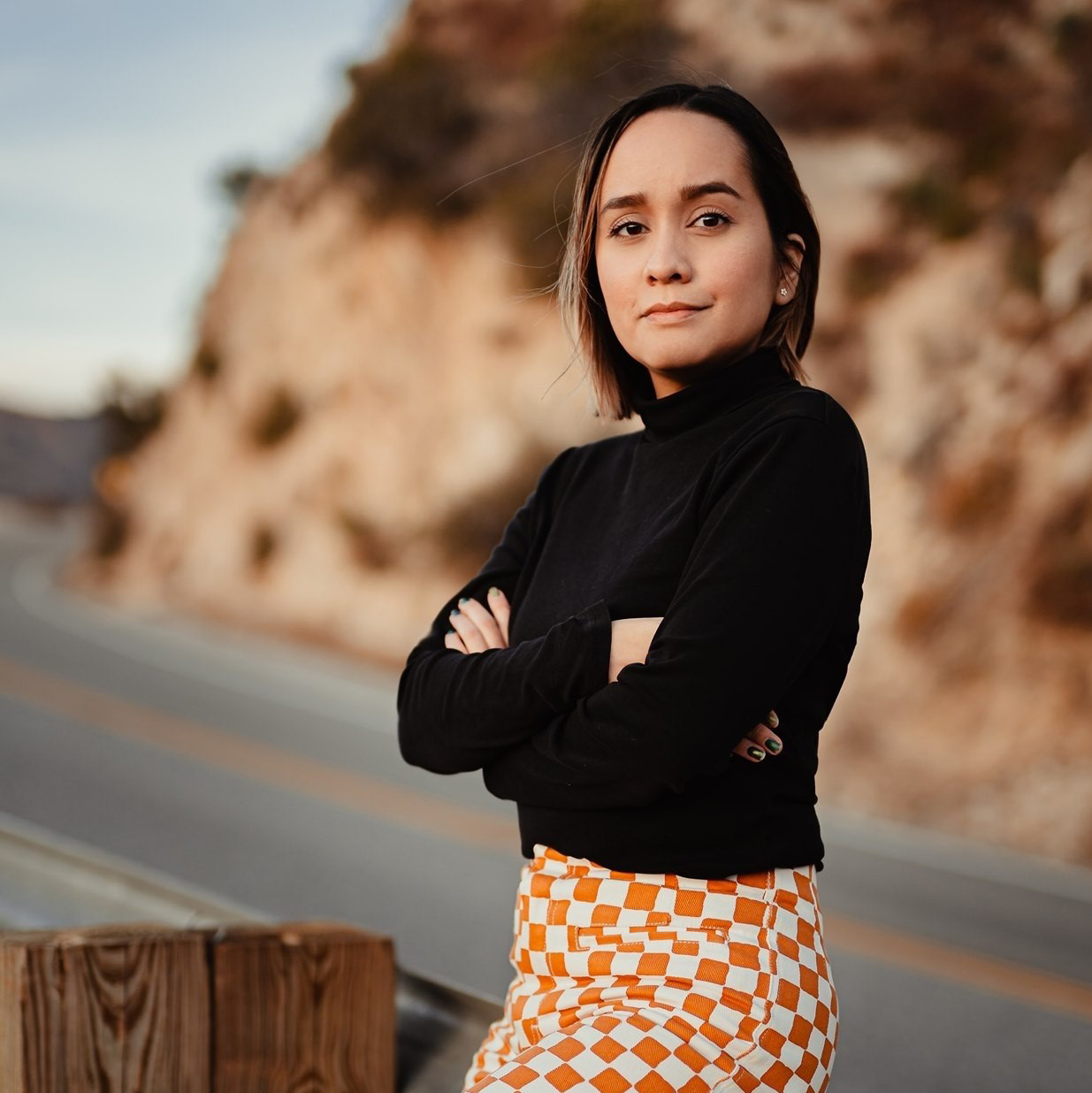 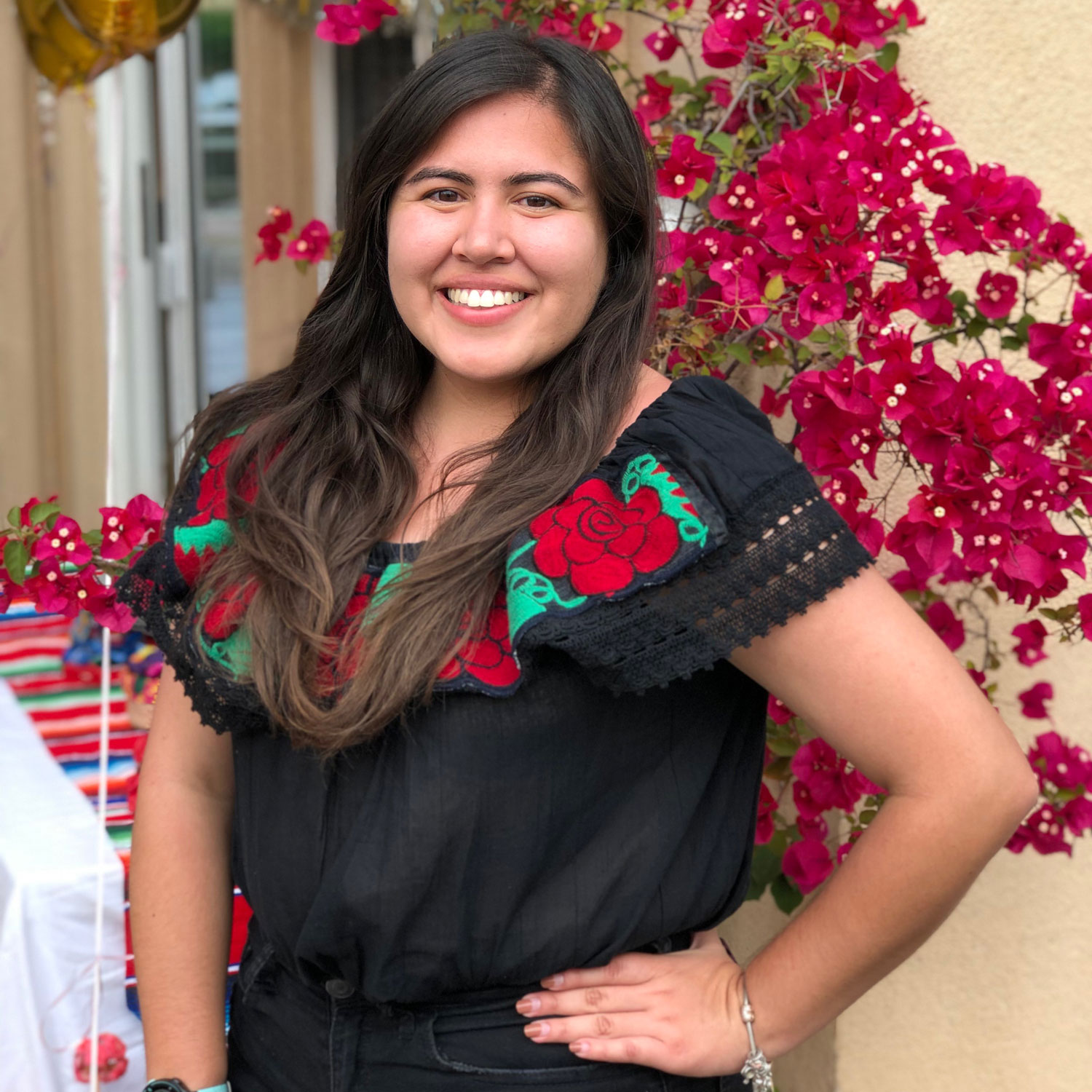 Genesis Montalvo is a first-generation college graduate from Loyola Marymount University and San Francisco State University where she earned my B.A in English and Spanish and M.A in Creative Writing, respectively. As one of the Writing Support Center faculty at Pasadena City College, Montalvo aims re-create the writing center on campus to be a space where students not only seek tutoring, but also a space where they can find community and holistic support through a pedagogy de cariño. Montalvo applies the same philosophy to her creative writing classes and aims to highlight Black, Indigenous, Writers of Color. She specializes in Critical Race Theory and Latinx/Chicanx poetics and literature. 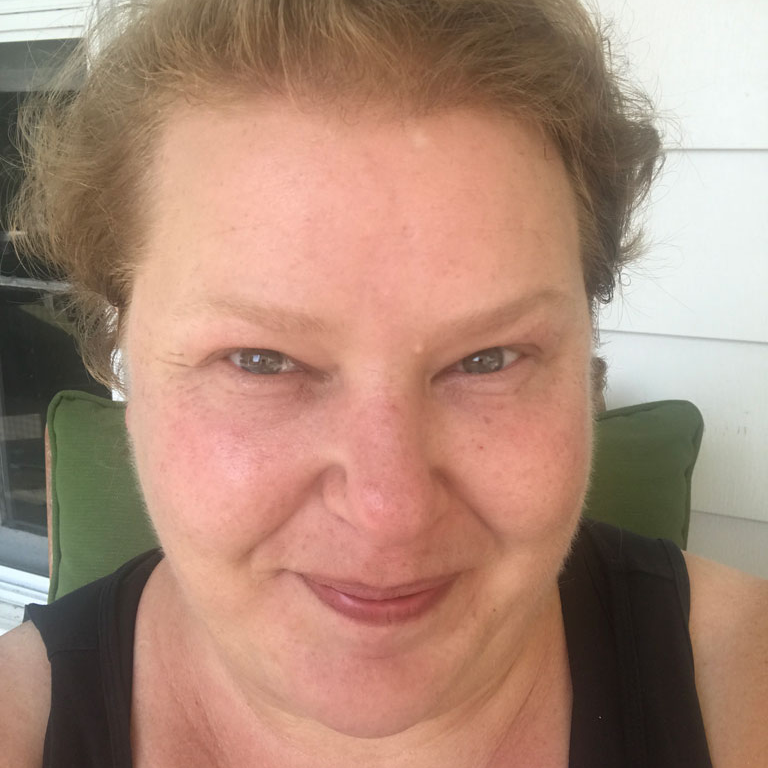 Dr. Ogden spent her early childhood in Honolulu, Hawai'i before moving to the Bay Area. She also has strong family ties to Southeast Louisiana. The first member of her family to attend college, Dr. Ogden earned her Associate Arts degree from Skyline Community College and completed her Bachelor of Arts degree in Therapy Through Creative Self-Expression from San Francisco State University -- an interdisciplinary major in English, Creative Writing, Theater, and Psychology, with a special concentration in African and African American Diaspora. Her Master of Fine Arts degree is in Creative Writing and American Literature, which she earned from the University of Alaska at Fairbanks. Dr. Ogden's Phd is in Theater History, Literature, and Dramatic Criticism from Louisiana State University with a special concentration in Women & Gender Studies and focused course work in Playwriting, Solo-Performance, Indigenous drama (including the African diaspora and the work of Wole Soyinka), and early American drama.  She has a professional screenwriting credit from Los Angeles' famed Writer's Boot Camp Her dissertation was directed by Les Wade and focuses on Hawaiian American Identities through an examination of plays and performance by Native Hawaiian and Local Hawaiian writers. She's currently completing a second Master's degree from Cal State Los Angeles in Literature focusing on LGBTQ Literature and she is certified in Narrative Therapy.
Dr. Ogden believes deeply in educational equity and social justice. As a working-class kid and the first person in her family to attend and graduate from college, Dr. Ogden experienced the challenges and difficulties that many of today's working community college students face. It was her own experiences as a student at Skyline Community College that encouraged her application to Pasadena City College.  As a composition and creative writing specialist, Dr. Ogden focuses on helping students develop a foundational set of writing skills from which they can write personal, professional, and academic prose for a variety of audiences and purposes. Her primary goal is to guide students in the development of what she calls their "authentic" voice using Peter Elbow's freewriting pedagogy as a foundational practice. Dr. Ogden works from an historiographical and genre-less foundation, inviting students to locate themselves in the context of what they're reading and composing. Many of Dr. Ogden's former students have gone on to publish or present their scholarly, literary and creative compositions at student conferences and in regional and national literary journals, with small presses, as well as attending MFA and Phd programs in Creative Writing and allied fields. Dr. Ogden works with the Honors program and chairs the Creative Writing Committee. She is a proponent of mindfulness in the classroom and is an avid Hot Yoga practitioner.
Dr. Robert Savino Oventile 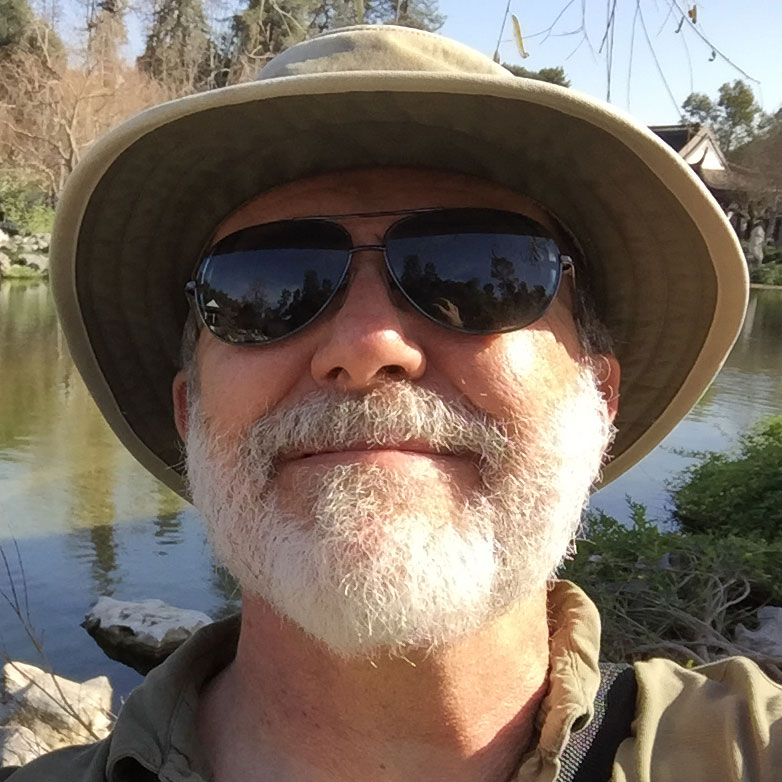 Professor Robert Savino Oventile was a student at PCC, where he majored in English. From PCC, he transferred to UC Berkeley, where he attained a BA in English. He then completed his graduate degrees in English (MA, PhD) at UC Irvine.

When he is not in a PCC classroom, he can often be found hiking the trails of the San Gabriel Mountains. Or he can be found in a bookstore. Or dealing with a cat named Max, who sometimes figures in class discussions.

Professor Oventile has published numerous essays and book reviews and is the author of Impossible Reading: Idolatry and Diversity in Literature (Davies, 2008) and of Satan’s Secret Daughters: The Muse as Daemon (Davies, 2014).

His essay titled “Sueño” appears in An Ecotopian Lexicon, edited by Matthew Schneider-Mayerson and Brent Ryan Bellamy and with a forward by Kim Stanley Robinson (U of Minnesota P, 2019). The essay explores resonances of the Spanish word sueño to suggest ways to dream in the Anthropocene (geologists have suggested the term “Anthropocene” to name Earth’s current geological epoch).

Finally, Professor Oventile is the coauthor with Sandy Florian of Sophia Lethe Talks Doxodox Down, a collection of poems (Atmosphere, 2021). 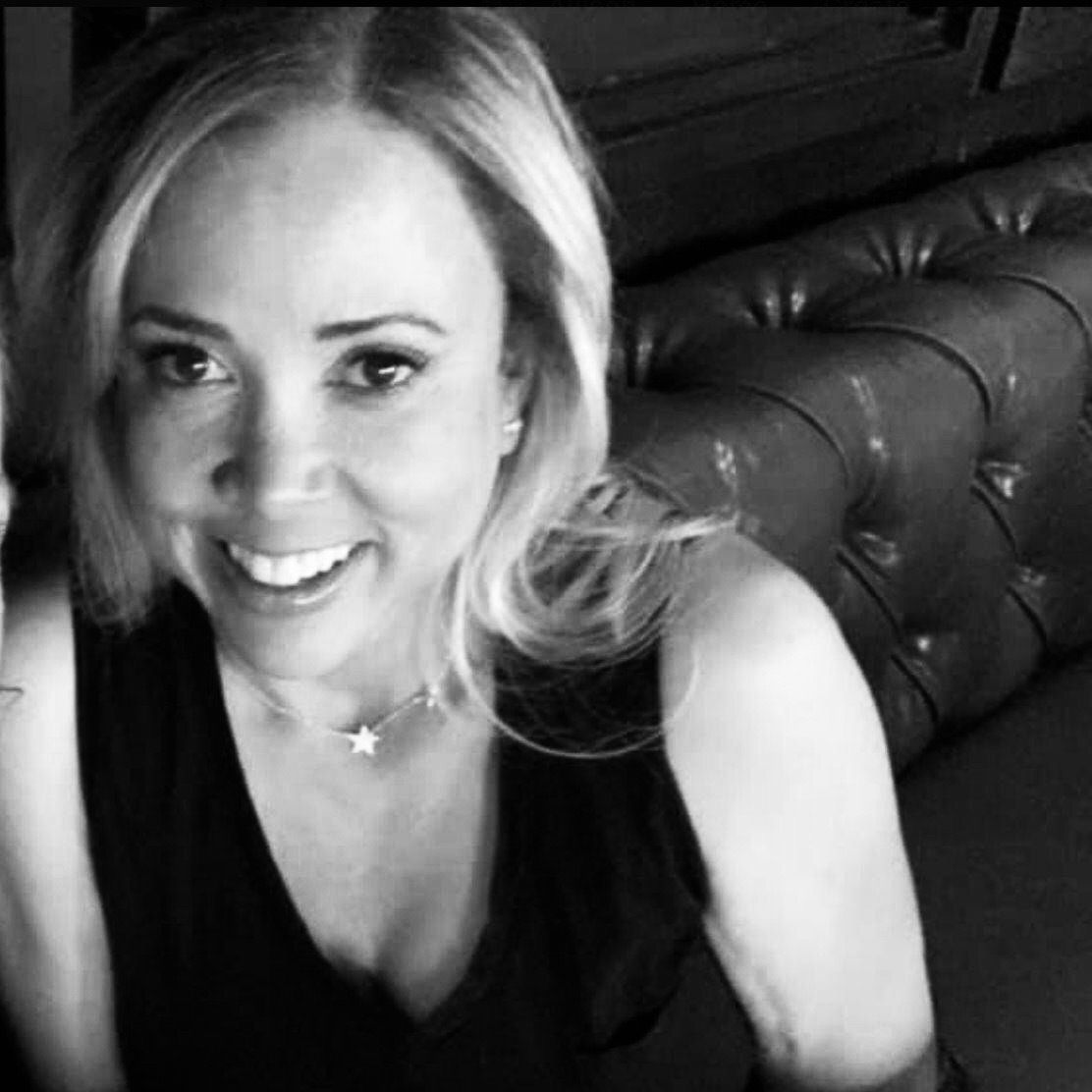 PCC has been like a second home to me.  I returned to school after having three children, and earned two degrees, an Associate in Science and Associate in Arts degree, in 2005.  Both I and my daughter are proud PCC alumni.  While I was a PCC student, I worked in several departments, starting in Purchasing and Contracts.  Later, I worked in Fiscal Services and the Office of Institutional Effectiveness.  Since October 2019, I have worked in the English Division, helping faculty, staff, and of course, students. 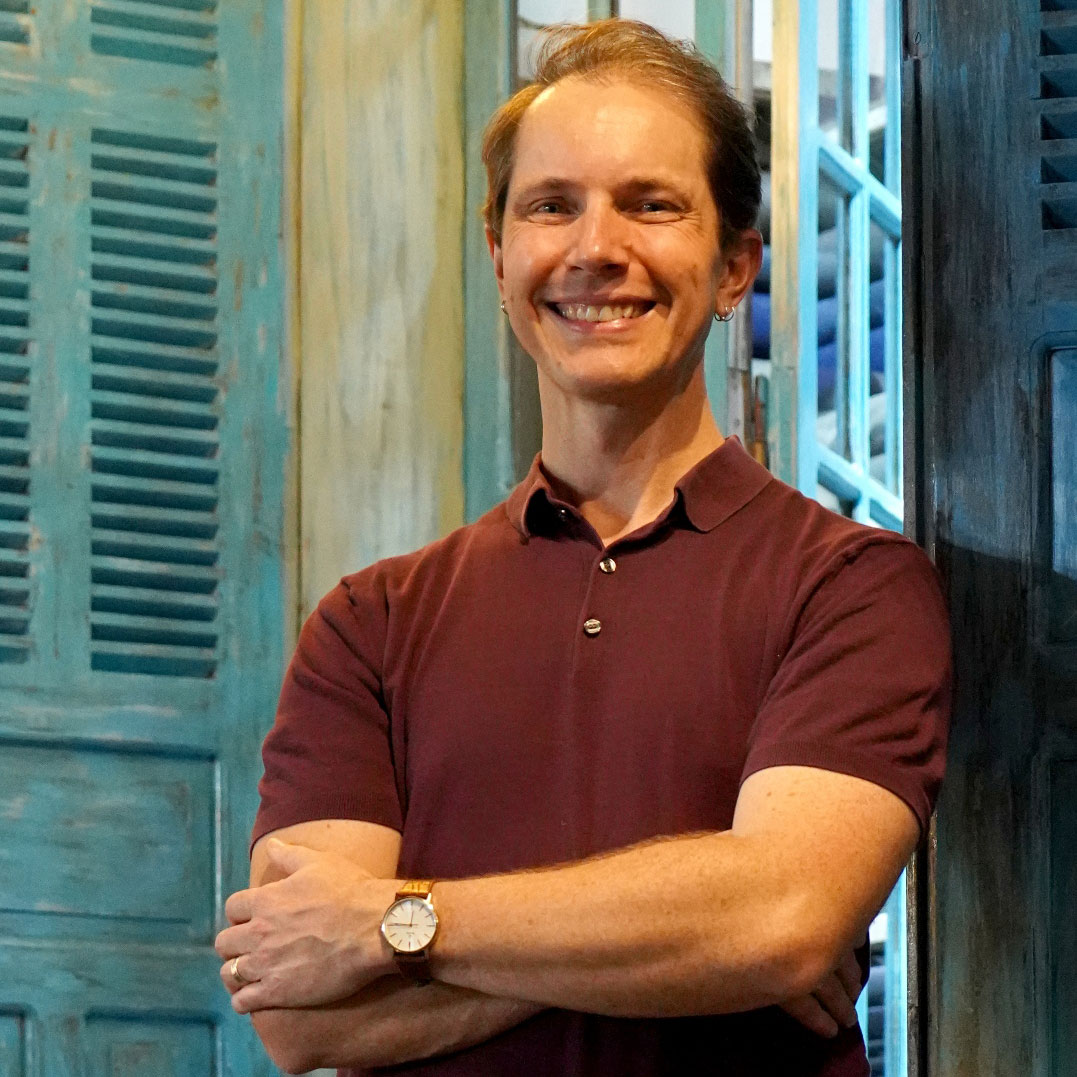 Dan Staylor is an instructor in the English Division at PCC. He has taught English composition and literature classes and College 1. Prior to PCC, Dan worked at Mt. San Antonio College; Cal Poly, Pomona; Fullerton College; and Orange Coast College where he taught art history, English composition, and literature courses. Dan earned his master's degree in English rhetoric and composition and literature at Cal Poly, Pomona, and he earned his master's degree in art history at Syracuse University. He also holds a cum laude bachelor's degree in art history and a Bachelor of Fine Arts in painting, both from the University of Colorado at Boulder. In his free time Dan enjoys reading fiction, poetry and art criticism. But, for leisure he’s often gardening, walking his dogs, going to the movies, or running and lifting weights. 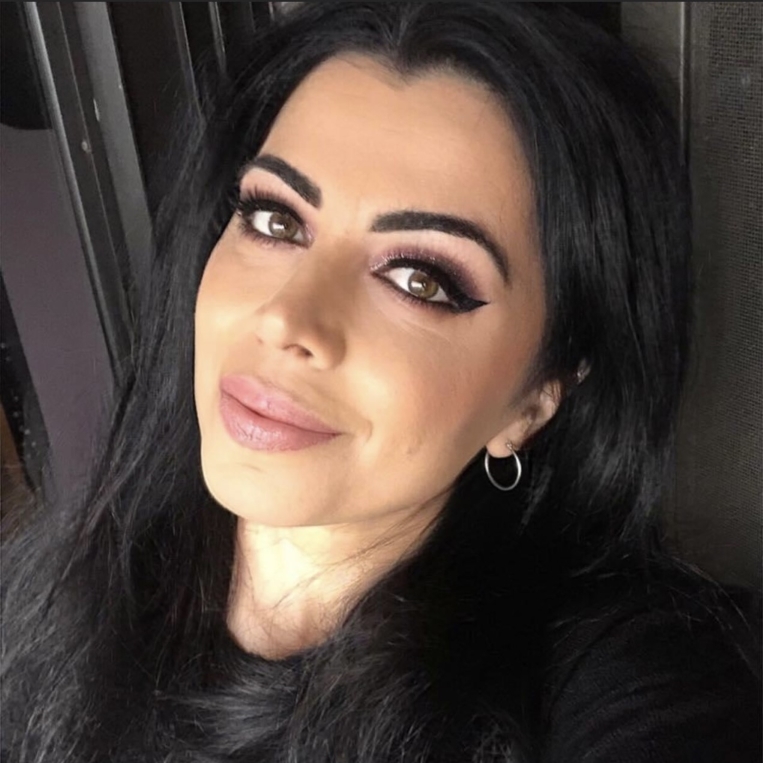 Dr. Tahani-Bidmeshki is a 1.5 generation diasporic Iranian who teaches literature with an emphasis on Black and African American Literary and Cultural Studies and Iranian/American Literary and Cultural Studies. Her teaching and research interests include Frantz Fanon, Afro-Pessimism, literary theory, anticolonialism, psychoanalysis, nationalism, the literatures of revolutionary movements, and resistance literature. Her work focuses on the intersections of race, antiBlackness, gender, sexuality, and socioeconomic class in the U.S. and in transnational contexts. Presently, she is working on the far-reach of Black diasporic thought in Southwest Asia and North Africa with a specific focus on the theoretical connections between Frantz Fanon and Ali Shariati. Further, she looks at Black masculinity and the long history of Black fatherhood as a challenge towards Lacan's theory of the Law of the Father. She also volunteers her time and expertise with various grassroots social justice organizations focusing on ending antiBlackness. 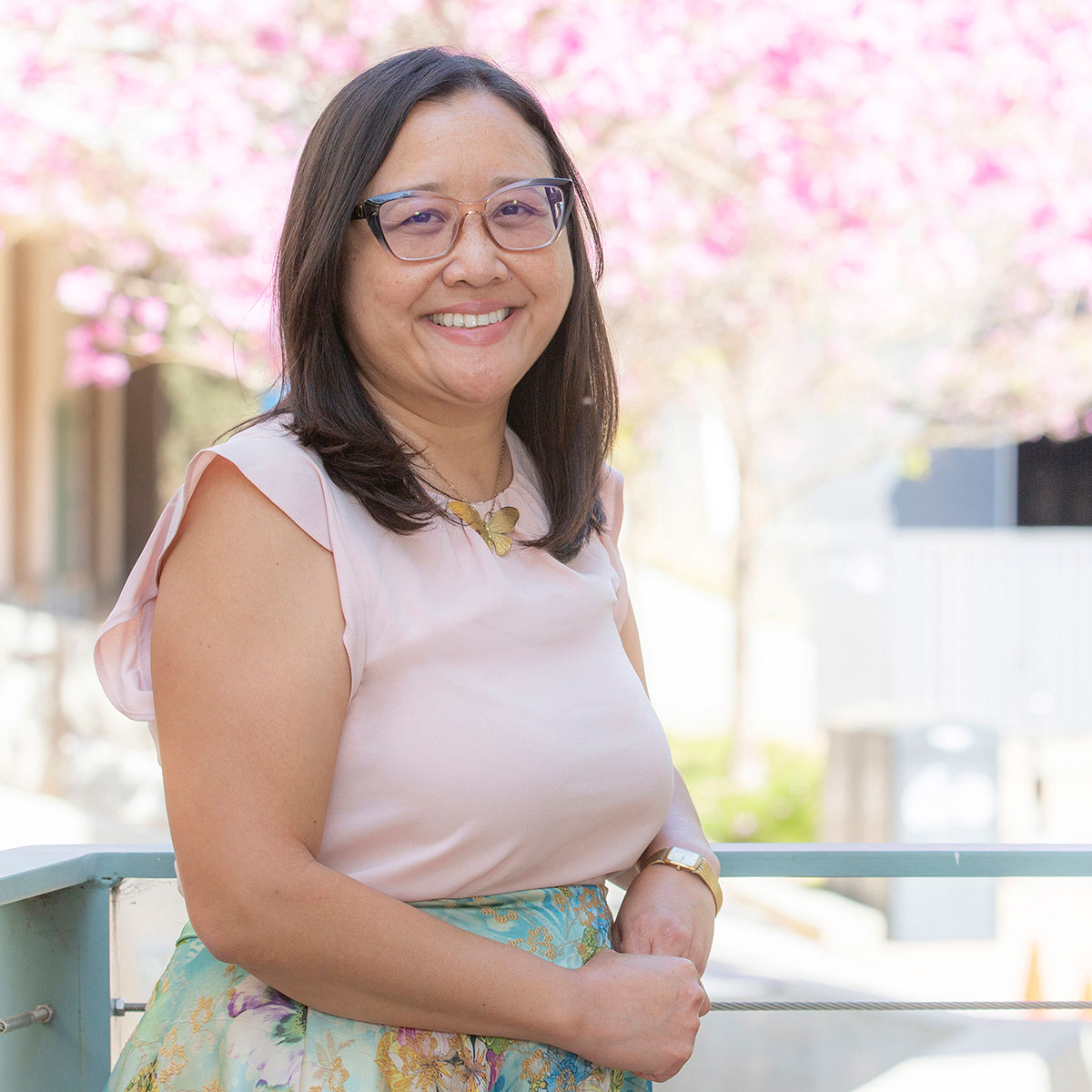 PCC is my family legacy.  In the mid-1950s, my parents immigrated from Thailand to the United States on student visas.  They started with ESL classes at PCC, and in the 1960s, my father transferred to CSULA, returned to PCC to get his degree in Radiologic Technology, and worked at Huntington Memorial Hospital.  After graduating from Arcadia High School, my five sisters all went to PCC, and though I only took a few classes here while enrolled at UCLA, I always felt PCC was part of my success.  In 2002, PCC hired me for a full-time teaching position in English with a specialization in Asian American Literature.  Because of my students and mentors, I was honored with two PCC teaching awards, one of which was the Risser Award in 2012.  Though I love teaching, I found that I could serve the College and students in new ways, so in 2019, I accepted the position of Dean. 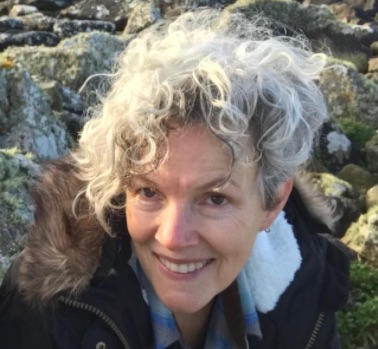 Dr. Krista Walter earned her PhD in English at UC Irvine back in the 20th Century and has taught at PCC for 22 years.

She teaches writing as a dynamic means of expression and vital practice of critical thinking and creative vision (1C). Her teaching philosophy is rooted in a fierce commitment to student growth and social change. Because humanity has precipitated the collapse of Earth’s ecosystems, and climate change is now a global humanitarian crisis, education—even a college English course—should help us all “wake up” to our reality. We can evolve as critical thinkers willing to speak out and engage actively in the environmental revolution.

She also specializes in teaching American Literature (30A, 30B, 30C, 54) as an astonishingly diverse and inclusive cultural form. Whether we are reading about indigenous people and the conquest of the Americas, slavery and abolitionism, spirituality, new and emergent identities, or the strivings of the disenfranchised and the working classes, American literary history speaks to our time. American literature helps us to understand the social struggles we experience as a nation--racism, inequality, injustice and disparity—and it inspires new voices with the drive to innovate, experiment, and speak truth to power.