A Brief Introduction to Chinese Culture 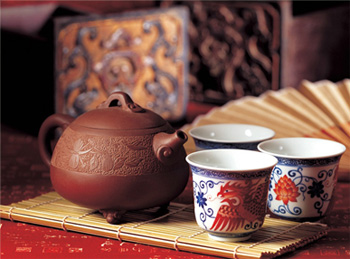 The culture of China is both wondrous and awe-inspiring. With a five-thousand year history, it remains the only continuous ancient civilization while others have changed, discontinued, withered, or perished. Why is it so enduring? Why is it so coherent, remaining undivided? Why is it so dynamic, always being able to revive, regenerate, and revitalize itself? Why is it, then, that an immortal phoenix is able to rise again from its own ashes? These are enduring questions, the answers to which cannot be fully understood. These questions will always stimulate intellectual conversation, provoke interest, and engage investigation.

China is mysterious, even inscrutable. What are Tao and Taoism? What do non-action, non-exertion, and nongovernment refer to Taoism? What is the Yin-Yang theory? What is the Five-Elements theory? How can a little steel needle relieve pain and cure illnesses? Is Qigong the Chinese Yoga? What is Yi Jing, the Book of Changes about? Is it a book of philosophy? Of divination? Of science? What is Shan Hai Jing, the Book of Mountains and Seas about? Is it a geographical book? A travelogue? A history book? A book of mythology? A book of folklore? These are but a few examples of the mysteries and riddles in Chinese culture---the tip of an iceberg, so to speak.

Chinese culture is rich and profound, with the most detailed historical records in existence. Perhaps China contains more historical records than the entire rest of the world put together. This guess would not be far from the truth, as China not only has a great deal of historical records from the pre-Christian era, but also boasts the matchless twenty-six history books from the imperial dynasties. And while China is not the home of Buddhism, it boasts some of the richest Buddhist scriptures.

The richness of Chinese culture also finds expression in its diversity and pluralism. China has always been a country of many ethnic groups. No matter which ethnic group was dominant, however, be it Hans, Mongols, or Manchus, its various peoples could always live under the same roof and worship the same emperor. It is true that there were times of ethnic estrangement, but those times were always transient. Historically, China has experienced several cycles of division and unification; unification, however, has long outlived division. All of China’s ethnic groups have their own distinctive legacies, but they share the same legacy as well. They form the Chinese nation.

The diversity and pluralism of Chinese culture is a tremendous asset. This is felt especially keenly now, as increasing value is being attached to this natural treasure.

The English and Language Studies Division